Through a Glass Darkly # 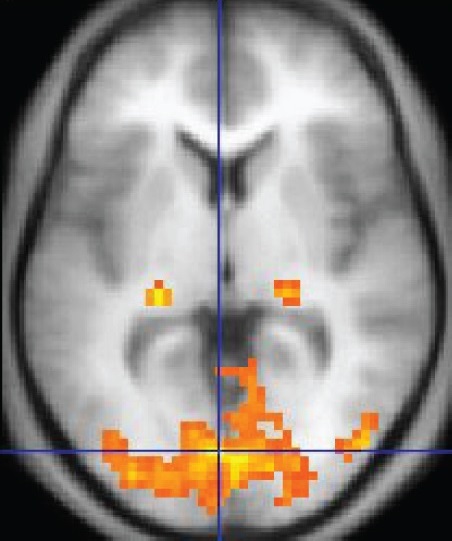 Functional Magnetic Resonance Imaging (fMRI) seems to be on every second documentary these days; it’s also cropped up in two completely separate strands of reading at the moment.

Some of that same reading has led me to this video of a lecture from George Lakoff on the Neuroscience of Thought and Language.

I’m only part way through, but the first striking thing comes at about 2 minutes in

each little pixel (3mm cubed) contains about 125 million neurons, each neuron is connected to between a 1,000 and 10,000 other neurons, so there are 10’s of billions of connections in that one little pixel, and that picture doesn’t tell you what’s going in in that circuitry…

I’ll post notes when I have watched the rest of the video.